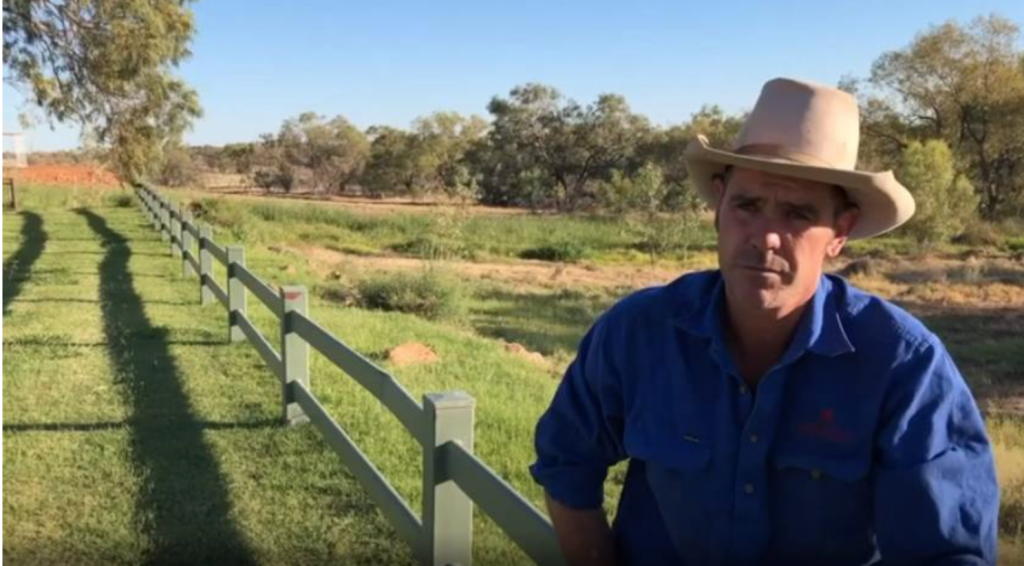 HOW IT IS: Nathan Keogh, who manages the Hancock Prospecting breeding and backgrounding operation Durham Downs in the south western corner of Queensland.

THERE is a need to involve both consumers and regulators in livestock businesses in a positive way, according to those at the forefront of some of Hancock Prospecting’s well-known cattle properties.

The managers of the likes of Nerrima Station in the West Kimberley and Durham Downs in the south western corner of Queensland spoke candidly in video messages prepared for National Agricultural Day about everything from environmental sustainability and animal welfare to fostering a safe work culture among staff.

They outlined the big challenges their operations faced and where they felt governments could step up.

Hancock’s executive chairman Gina Rinehart has launched a campaign called Change for Agriculture whereby examples of “problematic government tape or tax burdens” will be collected via a website from producers and station managers to be sent as a submission to governments.

Those on the front line of Rinehart’s cattle interests spoke with passion about the standard of animal welfare that has been rolled out, the need to convey to wider society the work Australia’s beef industry is doing in that space, and the need for pastoral operations to continually improve efficiencies and productivity just to stay in business.

Nerrima’s Chris Morrow said the most important lesson he’d learned managing cattle was to keep them happy and healthy.

The station runs red Brangus breeders with an infusion of Wagyu, with 80 per cent of cattle sold to live export and the rest processed domestically for export shipments. 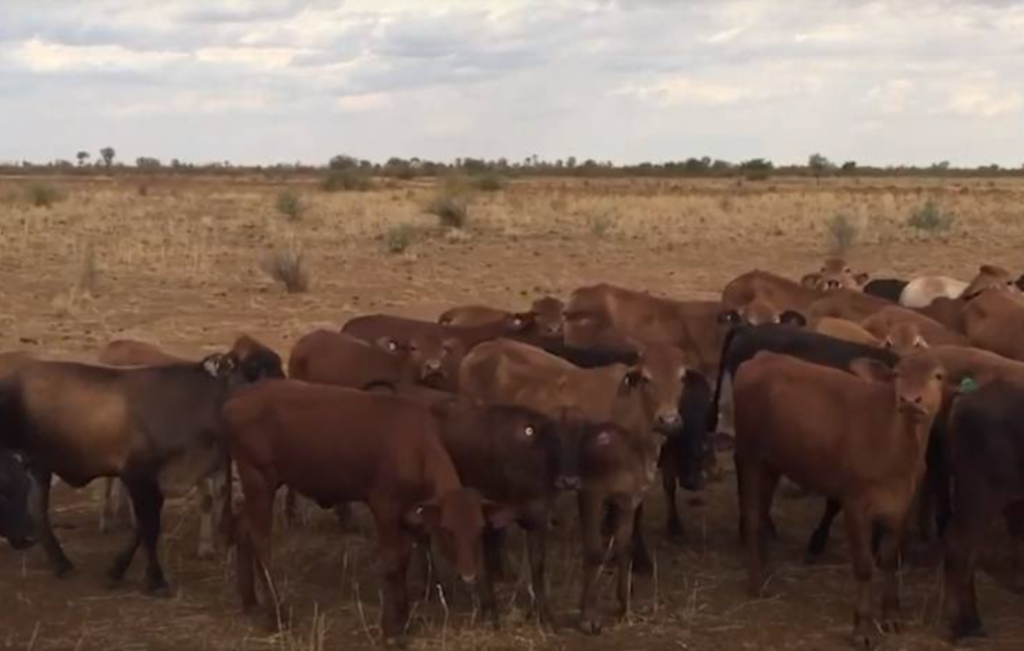 Cattle on Nerrima Station in the West Kimberley.

Low stress stock handling had been a major focus at Nerrima, he said, along with providing staff with training in all aspects of animal husbandry.

He said keeping up-to-date with technology and implementing best practice gave the business an advantage but the need for efficiency and productivity improvement was relentless.

“We need to build water storage facilities and take advantage of run-off over the wet season,” Mr Morrow said.

“The Fitzroy generally stops flowing in September. Capturing excess water would give us options to grow crops to supplement feed at the end of the dry season.”

Mr Morrow said those on-the-ground were farming to the highest standard and caring for animals and people and that message needed to be shared.

The station’s floodplain country was ideal for backgrounding steers while the outside tableland country, with its numerous creeks and swamps, was ideal for breeding, Mr Keogh said.

Cattle are processed in the east, and the target market is the domestic restaurant trade and wholesalers, with a percentage exported.

At Durham, there has been a focus on infrastructure investment, building a culture of caring highly for the cattle and efforts to facilitate more positive social media, Mr Keogh reported.

More government investment, in everything from rolling out practical programs to land development and water infrastructure, was needed, he said.

“And if we could develop the country more to sustain business growth, it would benefit the environment by spreading grazing around more.”

Fifteen years ago, the dairy started down the path of making their own product and taking it right through to the consumer.

In 2014, it partnered with Mrs Rinehart. 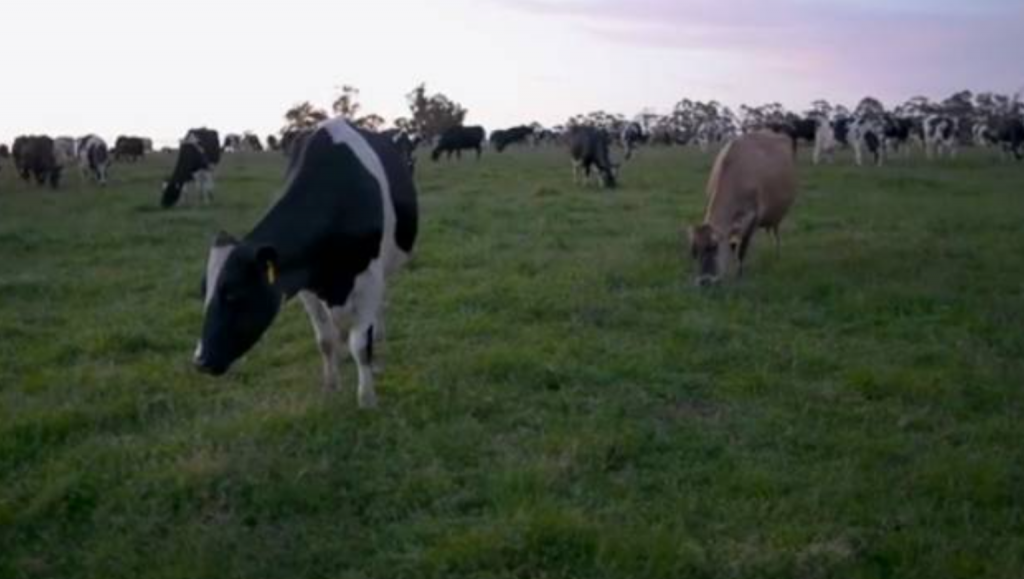 “We are well-positioned for growth, and looking for new export channels, but our biggest challenge to global competitiveness is our high cost of production,” Mrs Daubney explained.

To take the business to the next level of efficiency, and with animal welfare factored in strongly, work has started on an automatic milking rotary dairy.

Cows will enter the dairy voluntarily, with four robots milking the cows and washing teats.

The system will work around the clock and one of the ways of encouraging cows to come to the sheds is massage brushes.

“It’s all about creating a positive experience for the cows,” Mr Daubney said.

“It’s heartening as a dairy farmer to look on a camera and see cows happily being milked, coming here of their own free will.”

In launching the campaign at the weekend, Mrs Rinehart pointed to the fact government tape had grown 80-fold in the past 50 years, while agriculture had only doubled in the same time. 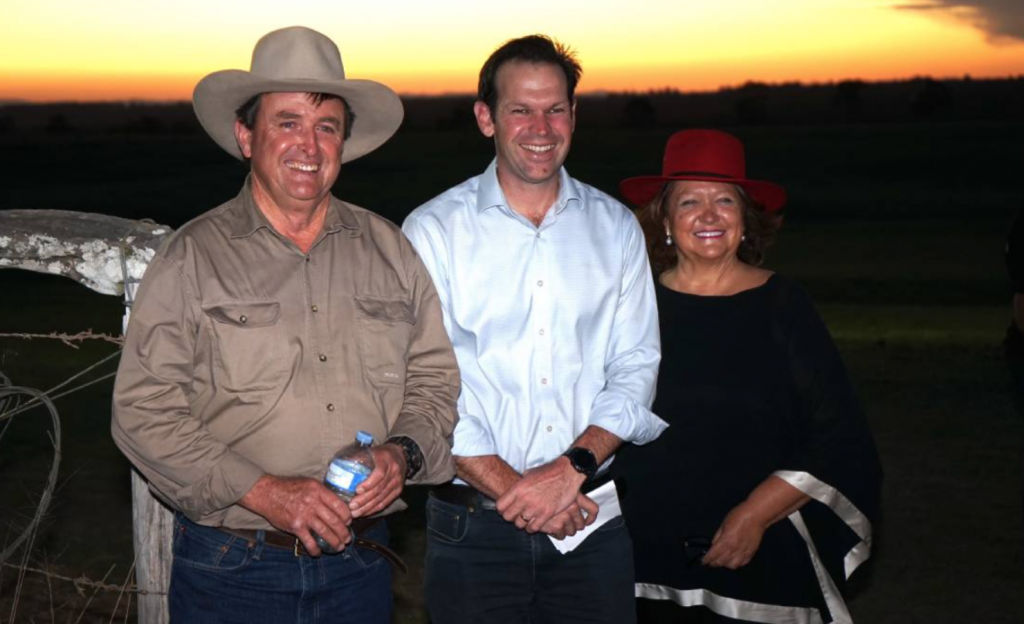 She argued those on the land battling feral animals, fires, droughts and more should not have to battle government red tape as well.

“We all know Asia is the largest growing market for Australia, and often hear that Asian demand for agricultural products is projected to show sustained growth towards the year 2050, providing opportunities for Australian exporters of high-quality, clean, agriculture products,” Mrs Rinehart said.

“But what isn’t so clearly said is that we mustn’t lose this opportunity due to our government holding us back through endless red, green and other tape that isn’t levied on our international competitors, and which drives up the cost of our production and our products.”