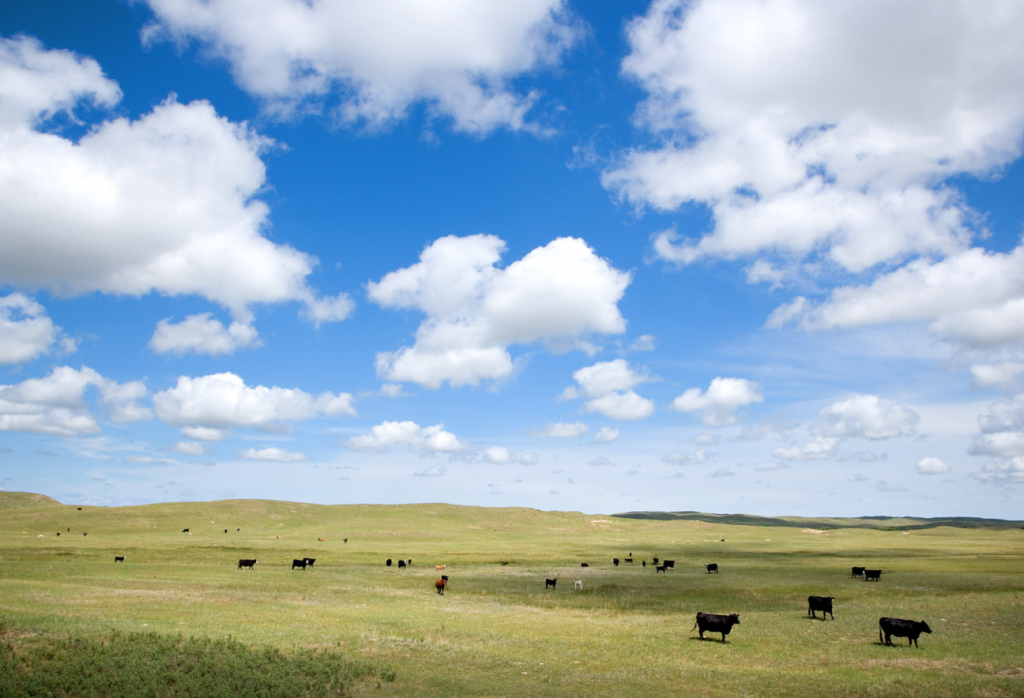 Article by Jamie Blackett courtesy of The Telegraph.

Reducing cattle numbers will only have a negative effect on our biodiversity – and it doesn’t make sense for climate change either.

There is much good in Henry Dimbleby’s National Food Strategy, but his assertion that “ministers should urge the public to eat less meat” is incoherent.

It certainly won’t help our biodiversity, one of the underlying aims. Through its dung, a cow creates a fifth of its own body weight in insects annually, and probably an equivalent quantity of earthworms. Several ecologists are starting to trace the decline in British birdlife, particularly swallows, to fewer cowpats in parts of the countryside. Following Dimbleby’s prescription to reduce our cattle numbers would accelerate this trend. If anything, we need more of them, particularly to help our swallows to cross the prairies of southern and eastern England.

Eating less meat doesn’t make sense for climate change either. Objective climatologists, of whom there are vanishingly few, are starting to accept that methane from cattle – which breaks down into CO2 after around a decade and is reabsorbed into the pasture as the grass grows – is part of a natural cycle and not something that should be equated with greenhouse gases from burning fossil fuels.

Lurid factoids about meat-eating also tend to ignore in their calculations the tallow. This magic ingredient, which once lit most homes, is now made into biodiesel, which is incorporated into fossil fuel diesel. A one-ton beast produces 90 litres of fuel. So when vegans take the bus to the supermarket to buy their almond “milk” and soya burgers, they are being transported part of the way by a renewable fuel converted from sun, rain and soil into energy by the humble cow.

Objective nutritionists like Professor Tim Noakes are also starting to say that many of our problems, such as obesity, stem from diets overly rich in carbohydrates, and we need more saturated animal fats. The brain is 60 per cent fat, and omega-rich fat from meat is especially important for mental health. Which may be why the stereotype of vegans looking miserable may not be too far wide of the mark. Diets that are low in saturated fats may also be contributing to an increase in dementia.

The problem is that British livestock farming has taken several wrong turnings. Cattle from some systems – in particular the large New World feedlots where we would procure more of our meat, if we follow Dimbleby’s advice – are guilty as charged. But a lowest common denominator approach is wrong.

We should have stuck to growing grass to feed cattle, rather than pumping them full of grain. This has made the meat less healthy, with the “wrong sort of omegas”, which has had detrimental knock-on effects. Growing maize, in particular, has been damaging to the environment.

It has also meant that we have to import an uncomfortably high proportion of our fruit and vegetables because suitable land has been given over to growing cereals to feed to cattle. And we should have kept them grazing outside as much as possible – though this remains risky in many parts of England where there is TB, until the government gets it under control.

We have also developed systems that are overly reliant on worming cattle chemically, as opposed to the old techniques of rotating pastures and growing anthelmintic plants.

The good news is that regenerative farming techniques are now the zeitgeist in British farming. My farm is one of many that has found that we can be very much more productive and look after the environment much better by mob-grazing larger numbers of cattle on small areas for 12 hours before moving them. This mimics the large herds of herbivores that roamed a savannah landscape long before humans ever started farming. It sequesters more carbon into soil, which in turn retains more water as well as being much healthier and supportive of more insect and birdlife; it is not reliant on wormers, either.

It is a win-win, and policy makers should get behind the latest science and regenerative farming, rather than fighting the anti-cattle dogma of the last decade.