Article by Patrick Commins courtesy of the Australian. 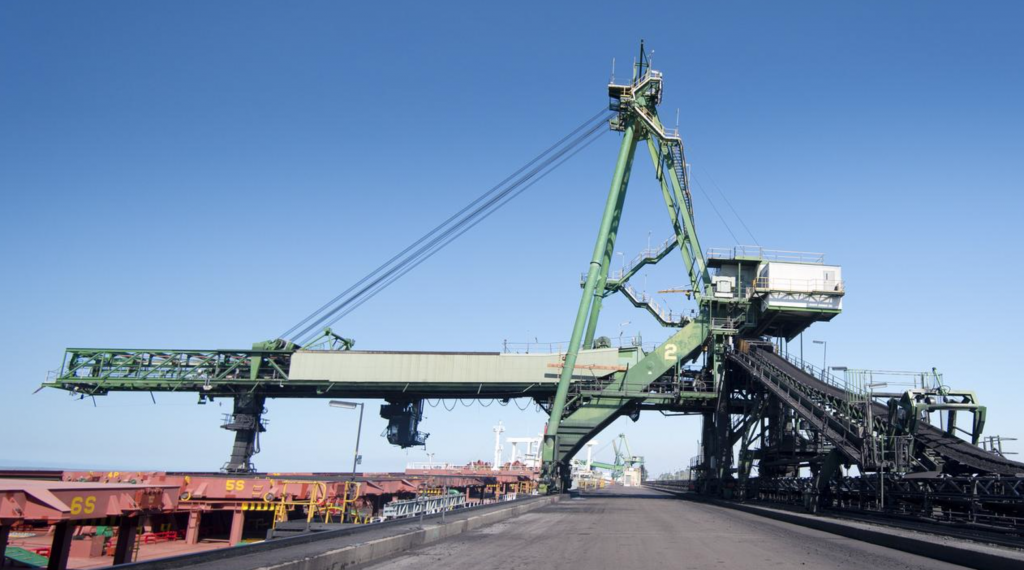 A 7.5 per cent lift in resources exports underpinned a 5 per cent monthly increase in the value of goods and services exports to $46bn, Australian Bureau of Statistics data showed.

Iron ore exports were up 3.5 per cent against the previous month to $19.1bn in July, on a seasonally adjusted basis, and were 66 per cent higher than a year earlier.

Rural exports also continued their strong run, lifting by 6 per cent in the month just shy of $5bn – 72 per cent higher than a year earlier.

Even as Australian miners and their shareholders enjoy super profits, Barclays economists said it was “unlikely that the iron ore sector can keep Australia’s merchandise surplus at records for much longer”.

The price of the key steel making commodity has declined by $US80/tonne since July 20 to $US145/tonne, and economists believe it will fall further as Chinese authorities look to curb steel production in order to limit carbon emissions.

Thermal coal exporters, however, are enjoying the highest prices for their product since March 2019, despite China blocking shipments since late last year. 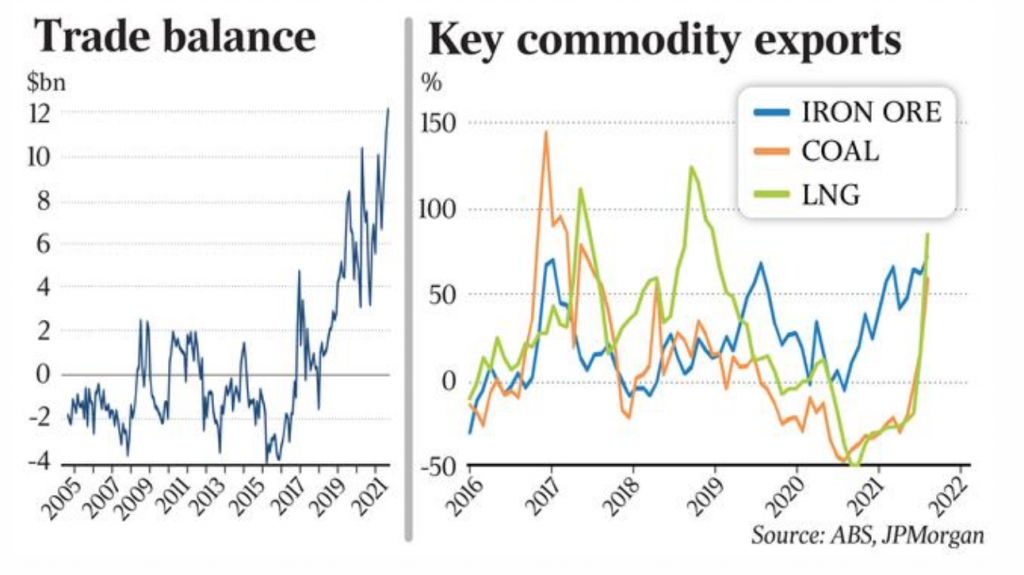 Economists said Covid lockdowns contributed to a 0.7 per cent slide in imported consumption goods. But that was more than offset by a 7 per cent leap in capital goods – such as machinery and industrial equipment – reflecting strong business investment in the month.

As experts foreshadowed a slackening of the mining export boom, Citi chief economist Josh Williamson said merchandise imports would climb in coming months as supply bottlenecks eased and household and business consumption remained robust, despite the disruptions from Delta.

“Moreover, we don’t expect the return of two-way international travel until mid-2022, so services exports and imports will likely remain dormant in the near term,” Mr Williamson said. “Consequently, we still believe that net exports will contribute negatively to growth this year, and the income boost to the economy from higher iron-ore prices is expected to moderate.”

Piers Akerman: Net-zero emissions do not add up for Australia